Fact vs. Fiction – A guide to educate before you buy

Just as the Little e (ee) reds can hide merle as described on the “Why Is It A Dangerous Practice?” page, we have another complication called “Cryptic Merle”.

We have seen how a dog that appears to be red in colour can actually be red or blue merle. Here is another twist! 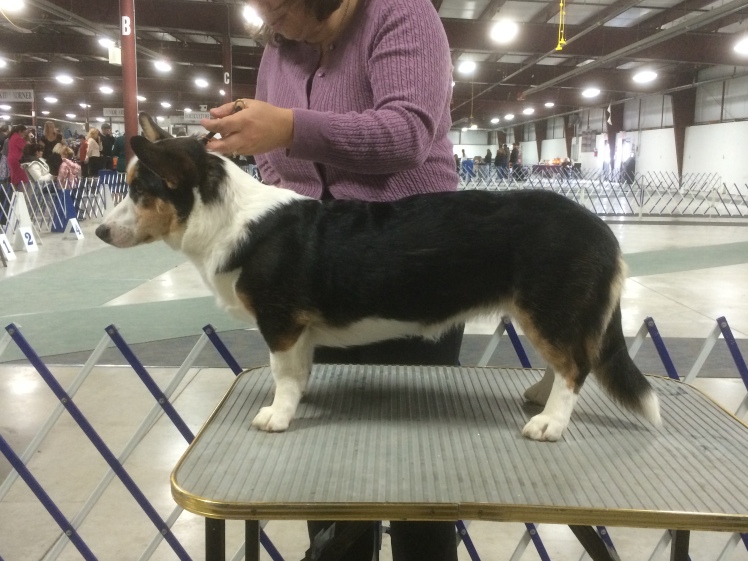 The owner of this dog approached and asked me the simple question – “What colour do you think she is?”  The obvious colour was black and white with tan points.

This bitch could therefore be safely bred to a blue merle, right?

This dog is a blue merle, but because she presents as a black and white with tan points we call this “Cryptic” merle, because the merle is not immediately obvious – its is hidden. In her case by looking closely the evidence of merle can actually be seen. There are actually blue merles that present even less merling than this dog shows.

Before the advent of DNA a dog that was fully cryptic could only be discovered by breeding to another black – if merle puppies were produced one of the parents was a cryptic merle. Now we can do DNA testing to determine if a dog that does not appear to be merle actually carries the merle gene.

Again, this is a risk that is not being addressed by those crossing Pembrokes with other merle breeds. No DNA testing is being done to uncover the possibility of cryptic merles within their gene pool. Therefore the possibility truly exists for the production of deaf and/or blind double merle puppies.